I managed to hit rank 16 during the first month on the free to play challenge. I didn't play all that many ranked games, so I'll consider it somewhat of a success (I got a card back). 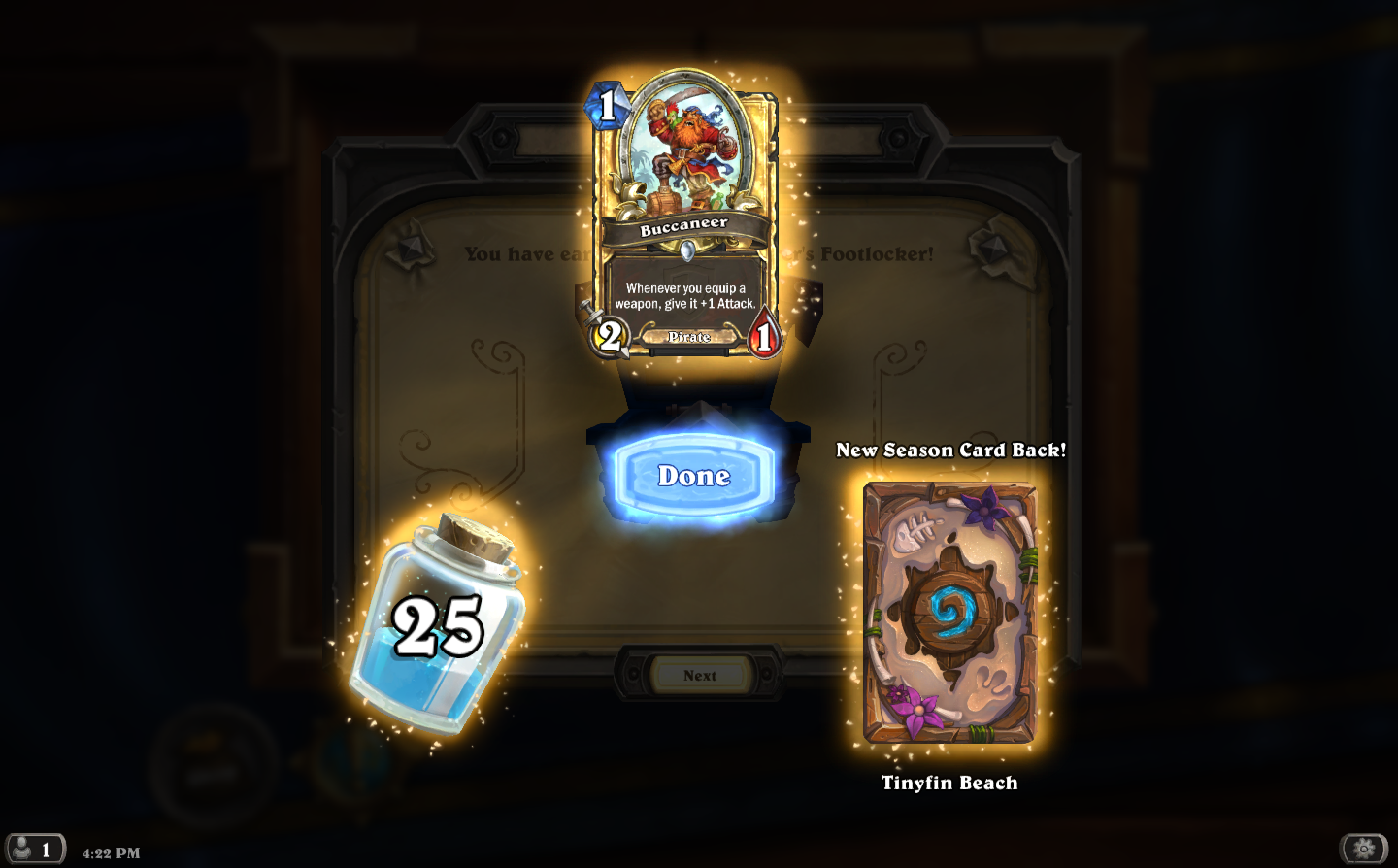 Nothing special from the rewards, but that's fine... I didn't make the push to rank 15 like I should have.

I played three decks for the majority of my standard wins. Pretty much all of these decks are "good stuff" decks since my collection is still pretty small on this account.

I'm not exactly a fan of the shaman deck, but it's here because of the packs that I opened.

I'll probably start crafting a few more cards for C'Thun style decks. Disciple of C'Thun is one of my favorite cards from the new set and most the C'Thun minions are relatively good for their cost so they are generally worth using when you're on a budget.

I'm entertaining the idea of making the Worgen Warrior OTK deck because of how inexpensive it is to make, with Emperor Thaurissan being the only card from an adventure. I need to look into when Blackrock Mountain rotates out of standard before I decide to go this route.