After a little bit of a down week, today was a solid day. I only had to play two matches against real opponents and I knocked out my basic class cards.

Another tavern brawl means another free pack. This week's brawl is Randomonium and it took one game for me to win. Like normal, I chose mage since it's probably my most comfortable class and it went extremely well. A turn 4 concede by my rogue opponent: 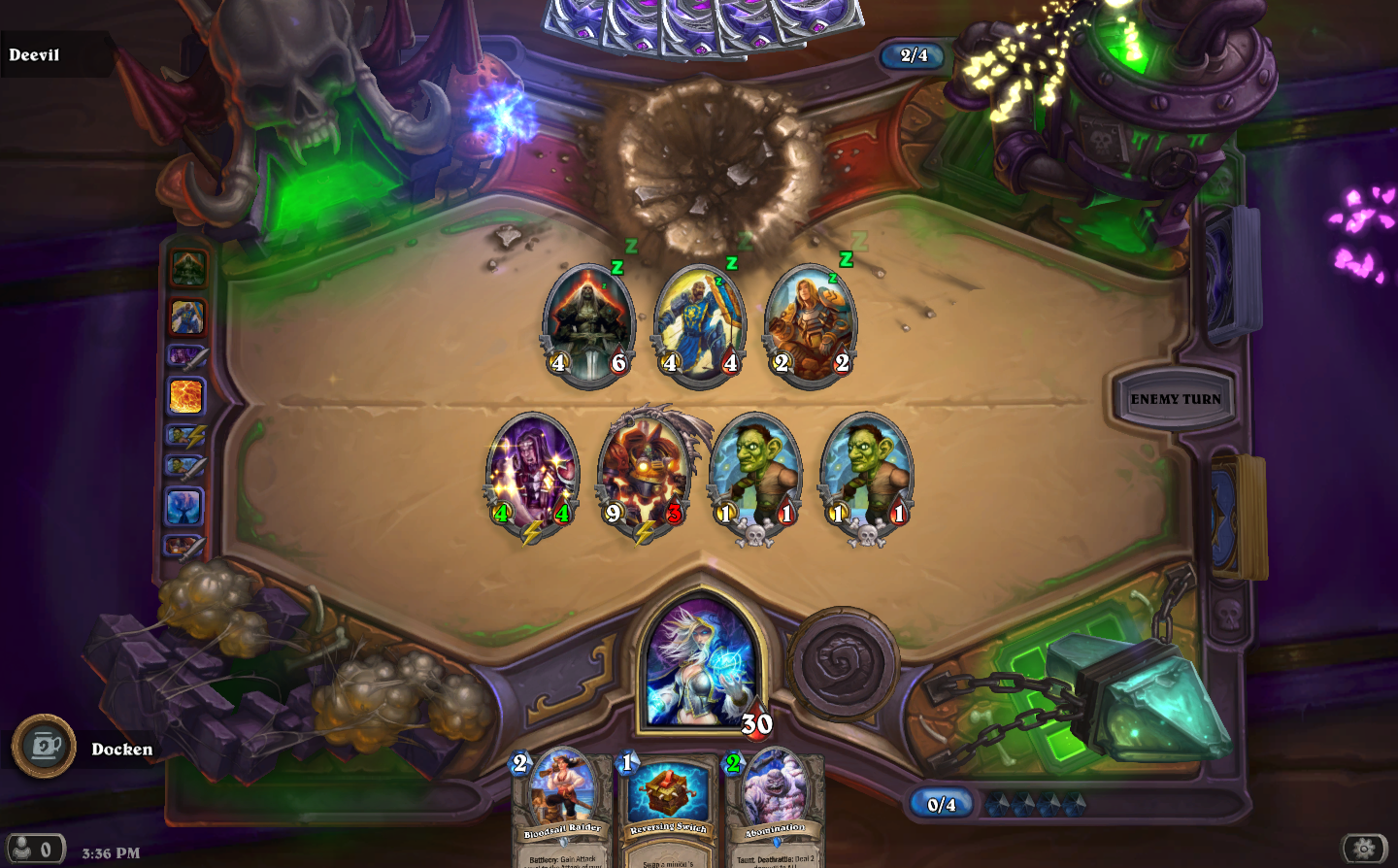 And better yet, this was my pack: 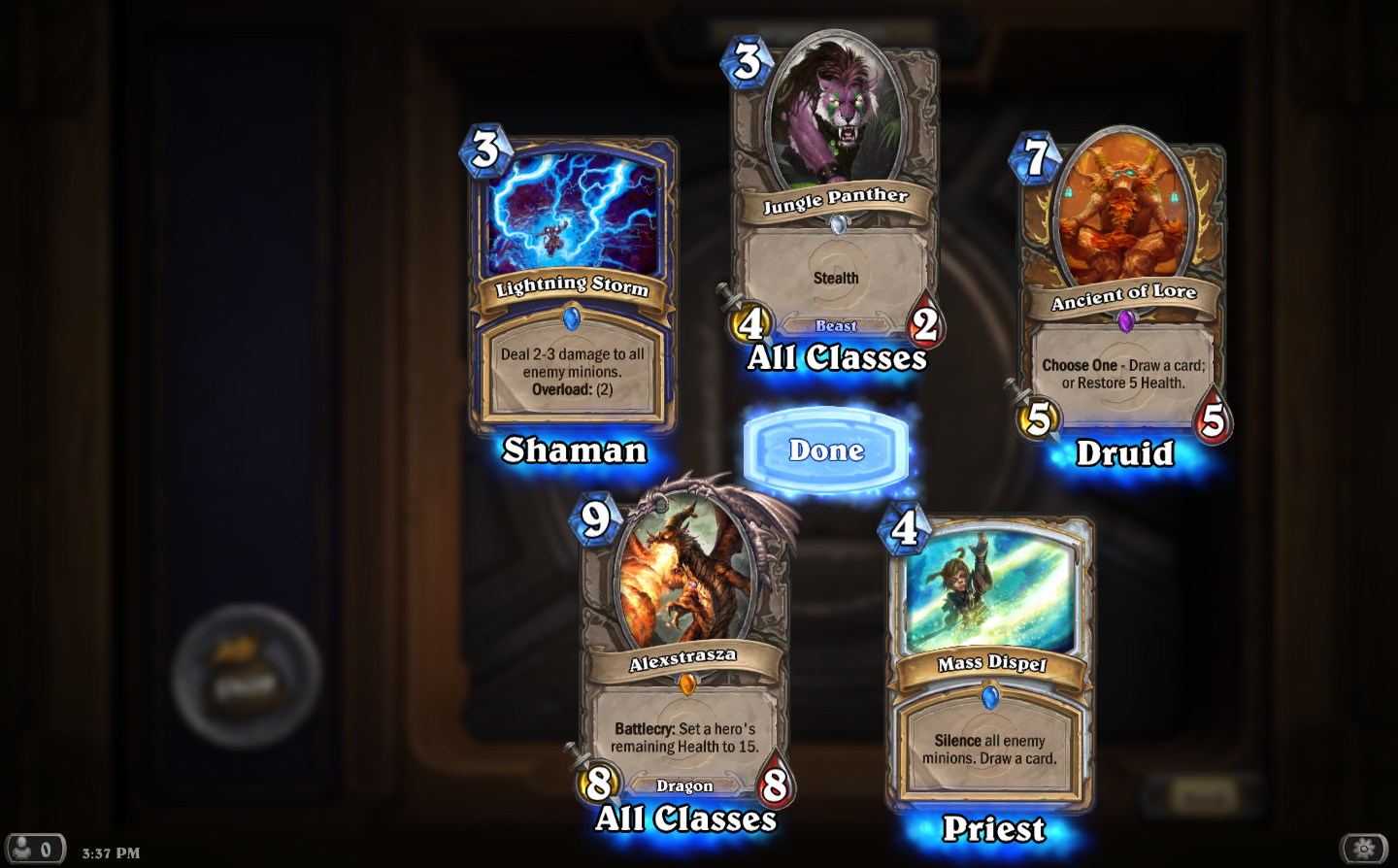 That's right. Another neutral legendary minion. If I end up doing another free to play challenge, it's going to be extremely hard to beat this start. C'Thun Warrior and Dragon Warrior are turning into viable options now.

With a few days off, I had a couple dailies stacked up:

I asked one of my friends if he wanted 80 gold, he said no. So I logged onto my other account using my laptop and played a quick game.

I tried completing "Level Up" and it's still bugged. Since I'm sick of this quest, I leveled the last few classes (hunter, priest, and warlock) up to level 10 against the Innkeeper and received the "Got the Basics" quest reward of 100 gold. 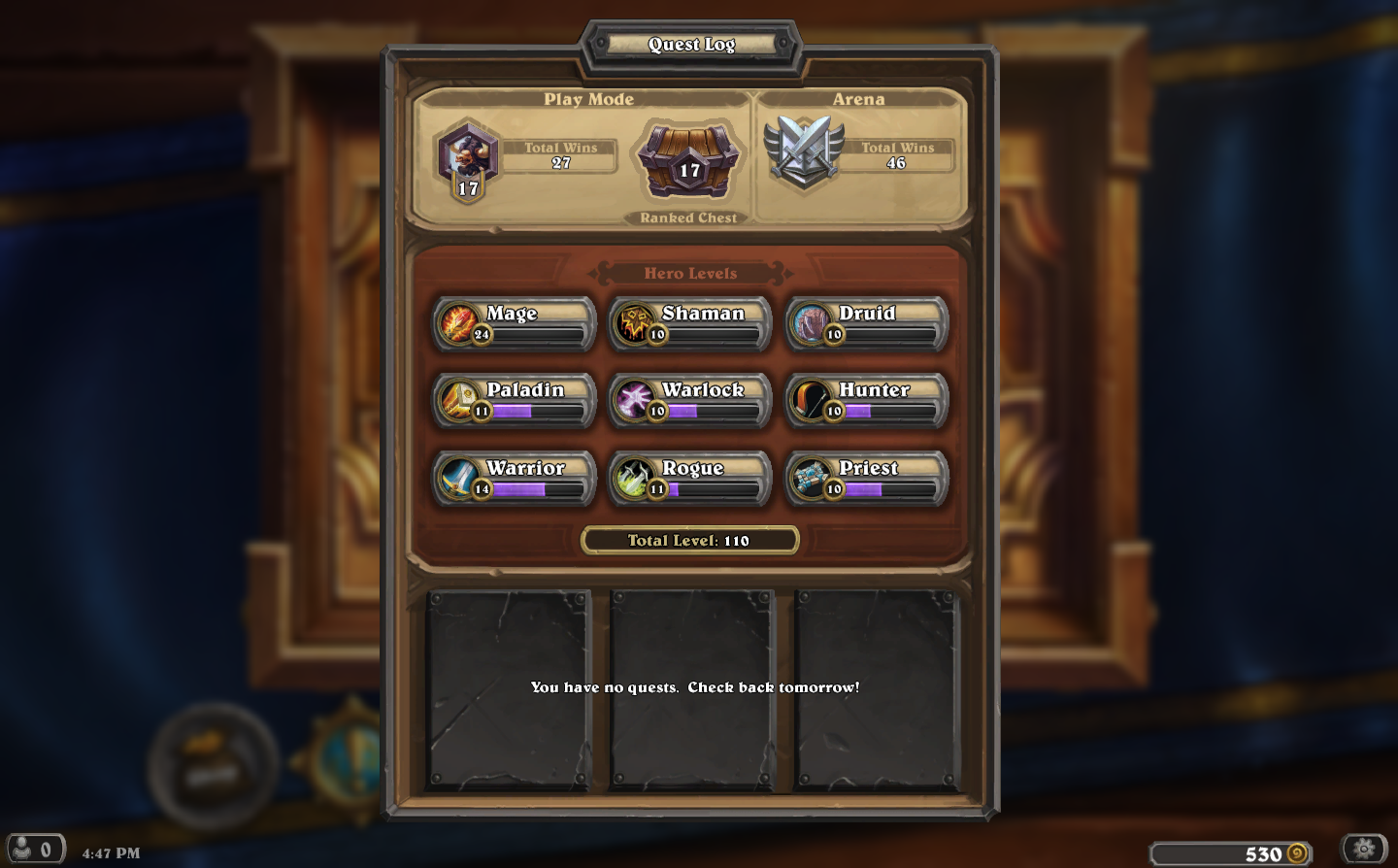 Since I already got one win with mage during the brawl, I hopped into ranked to get the second one. My first match was against a really bad rogue; he overdrew his hand at least one, he buffed his Xaril before it could attack and didn't protect it, he Backstabbed my Water Element then tried to Shadowstrike it.

That was it for the day. As always, I plan on taking a day or two off to build up daily quests and I'll make another post when I tackle those; it should be an arena run or two since I haven't done a legitimate one of those in a while.