Priest in the Arena

Since the launch of Hearthstone, the priest was my favorite class... Well, in theory at least. Ever since I started playing Magic the Gathering back in the day, I've been an attrition player. Basically, I try to bore my opponent to death and eventually win the game and the priest is supposed to be able to play that way.

I started this run 5-0, but then hit a little bit of a wall. My cable modem quite literally died for my second loss that cost me the next two hours installing and activating a new modem. 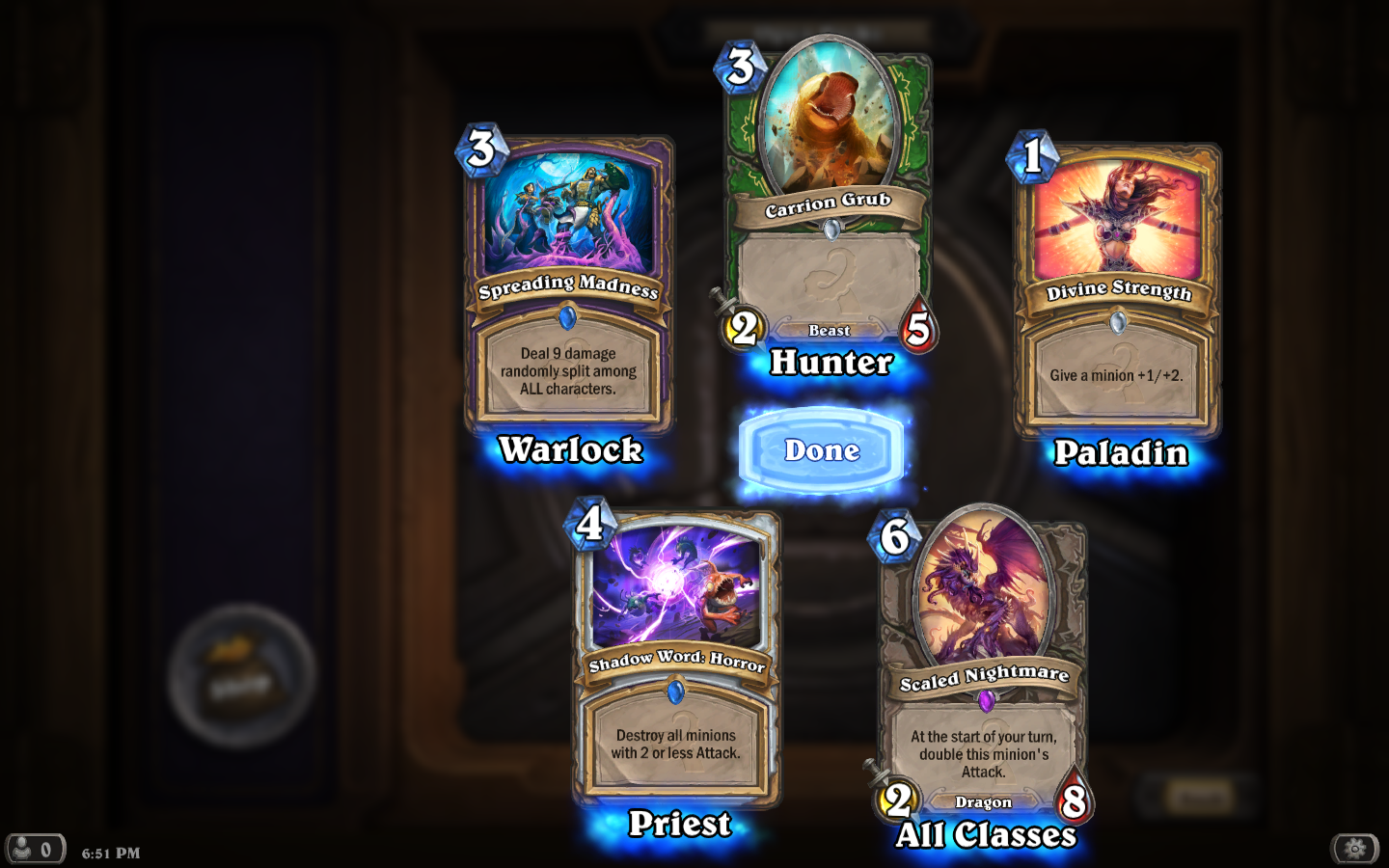 This was my worst start to arena run so far this challenge, starting out 1-2 with losses to 3x Bog Creeper in one game and 4x Flamewreathed Faceless in another game. I ended up 4-3 after horribly overplaying an Effigy. At least the deck was pretty bad (66.5 tier score according to HearthArena). 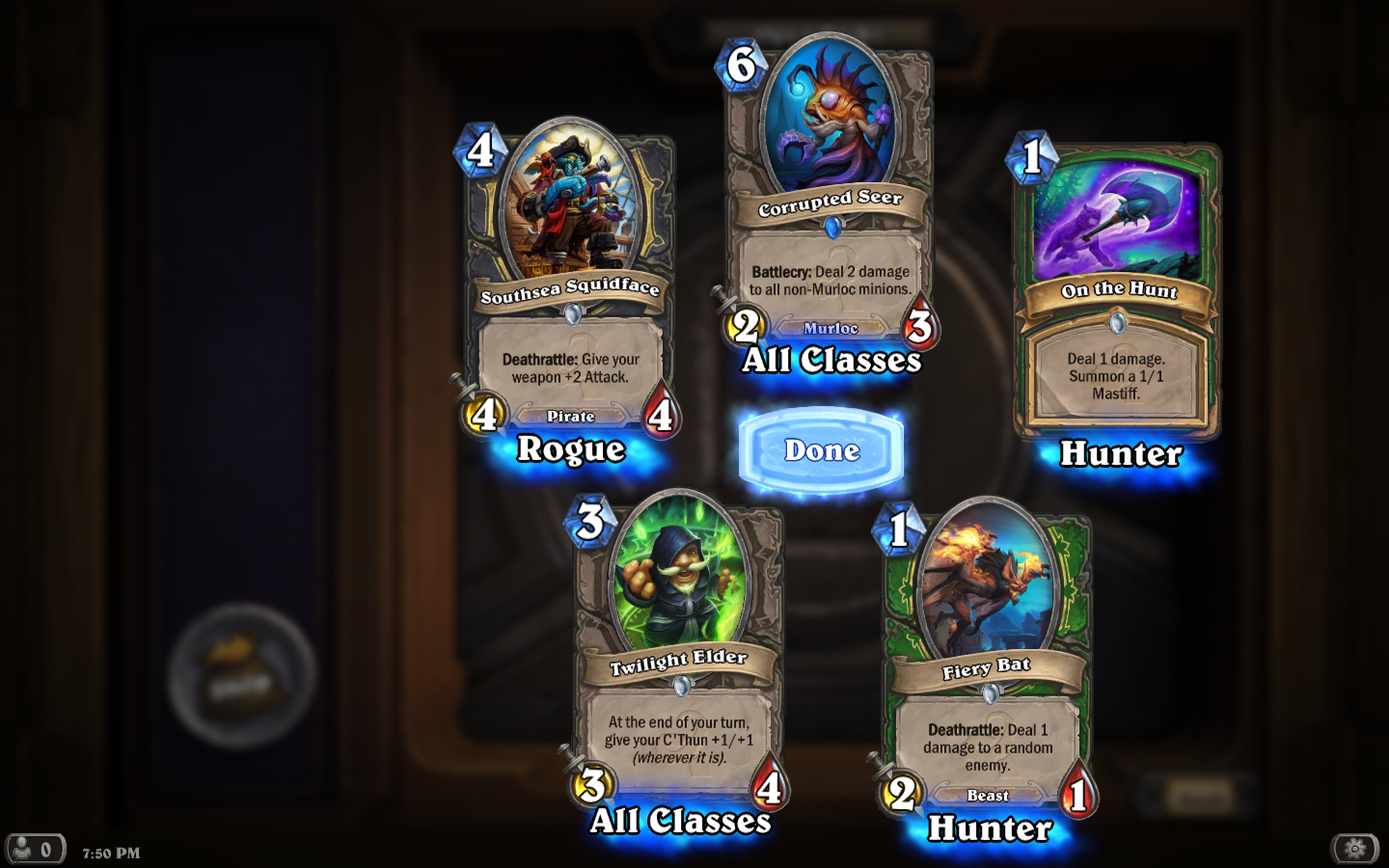 Two arena runs on the day is enough for me. My daily quest was to kill 40 minions and that happened during the first run with priest. I'm sitting at 105 gold, so I'll need a few quests to get me another arena run. Tomorrow's likely an off day so I should be back for Sunday.