Another fairly short day today. Just one arena run with rogue and after played a ranked game with warrior to get up to Rank 18. 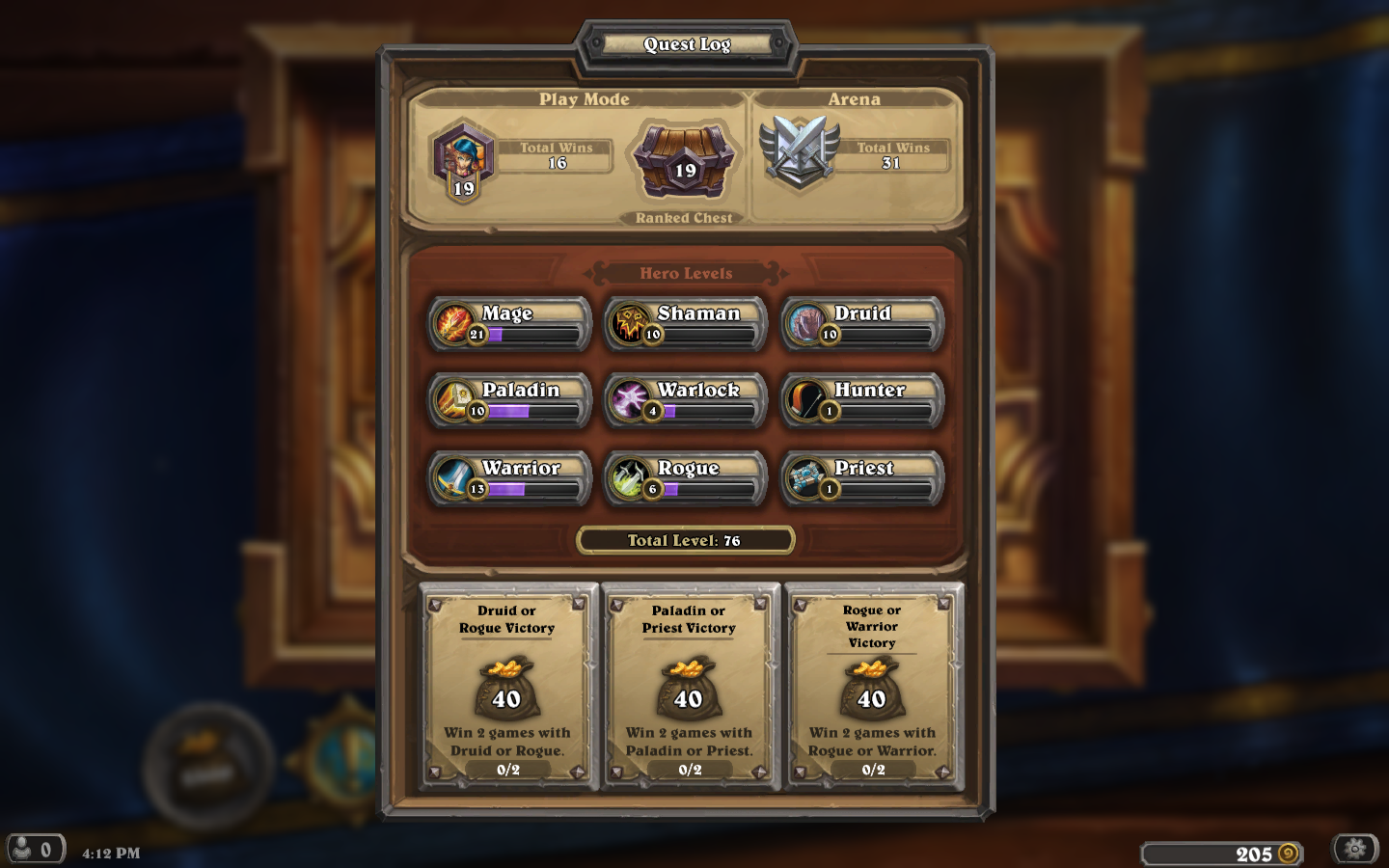 In the Arena with a Rogue 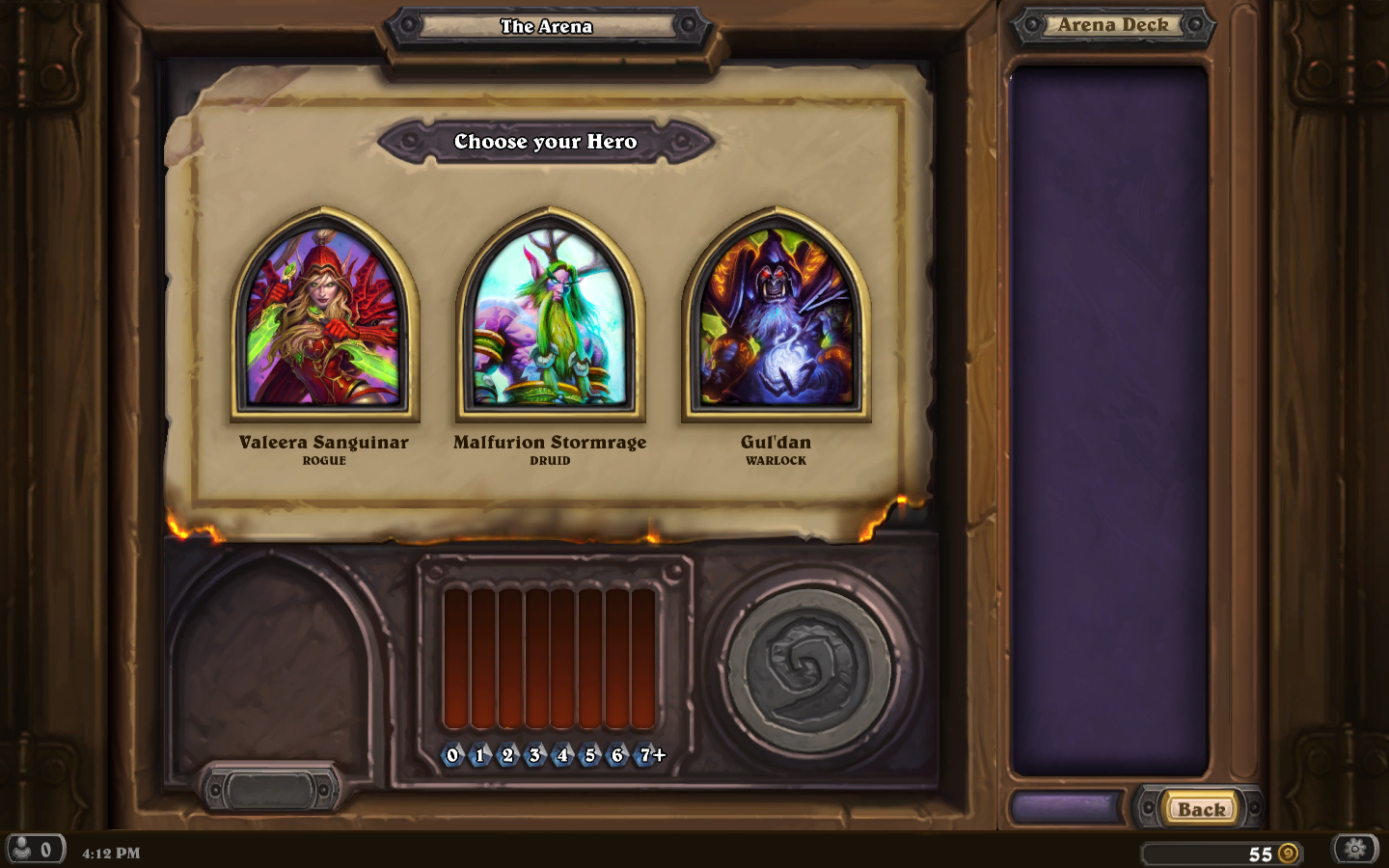 First of all, I didn't know it was "Let's all play Mage" day today, but apparently it was. The first four matches in this arena were against mage (and I went 3-1). Ended up 6-3 in this arena, going 3-3 against mages with a win against a druid and a loss against a warlock.

No legendaries this time around and just one fairly marginal epic, Cogmaster's Wrench.

Bonus: I hit level 10 during this run.

After the run, I disenchanted a golden rare to make a Azure Drake and had enough dust left over to create a second one. I played one ranked match with a C'Thun/Dragon hybrid warrior and that got me to rank 18. 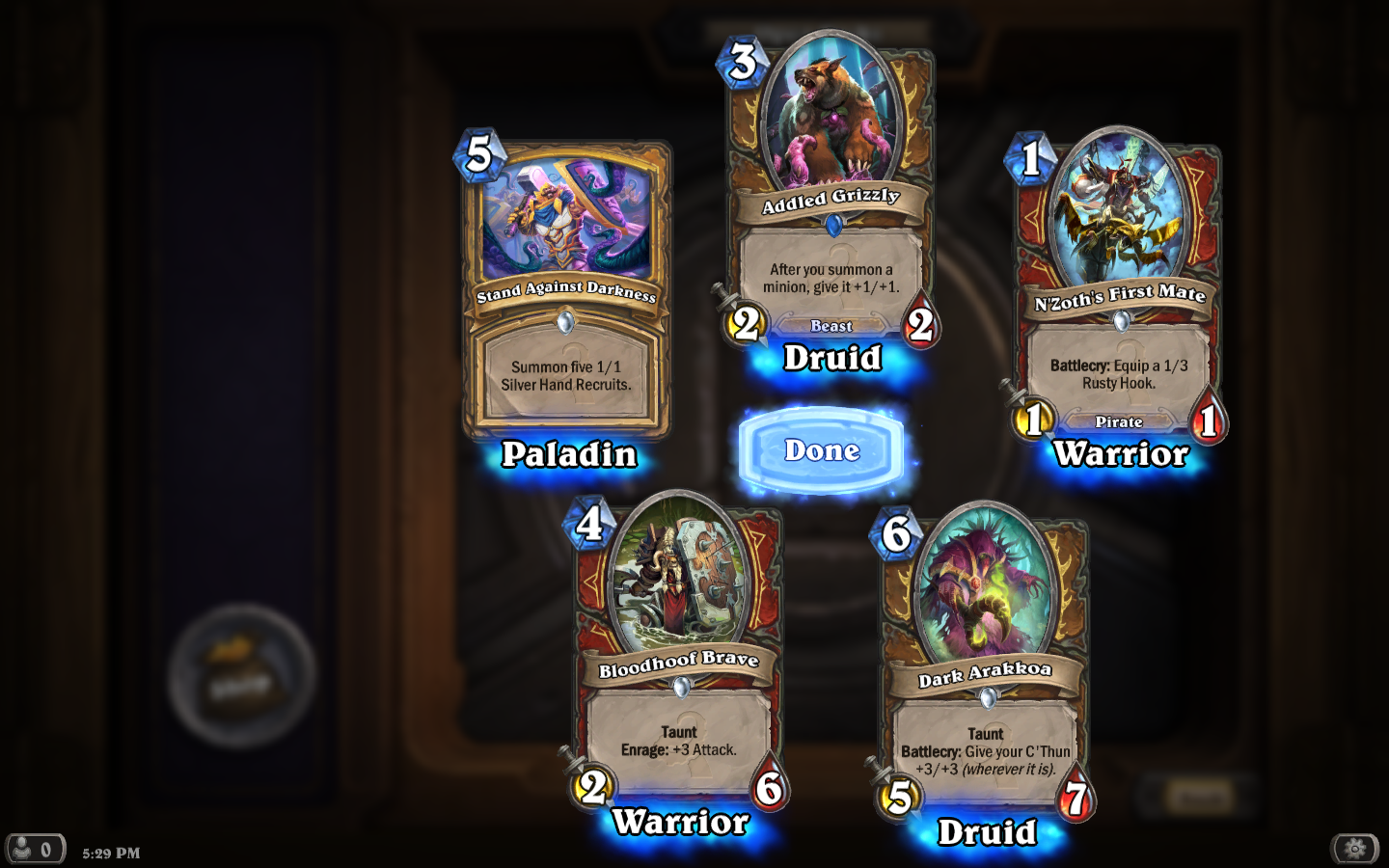 I'll probably take another day or two off so I can stack daily quests again. And honestly, I might end up taking advantage of this week's Friendly Feud event and cheese some quests by playing against my other account just to get through them (I really don't want to play priest or paladin right now, especially outside of the arena).