Day 21 was pretty productive, outside of a small lapse where I bought a pack.

The spectator pack wasn't all that good, but it did get me two decent commons with Youthful Brewmaster and Southsea Deckhand.

A lot of Standard Mage

I had to deal with two disconnects during this small climb: (1) my internet cut out for about an hour, and (2) Hearthstone broke while match making and I had to alt+f4. Outside of that, I managed to climb up to rank 17 relatively quickly.

The tavern brawl was Party Portals!, another completely random brawl. I had a relatively easy win after getting an Anub'arak off of an Unstable Portal. 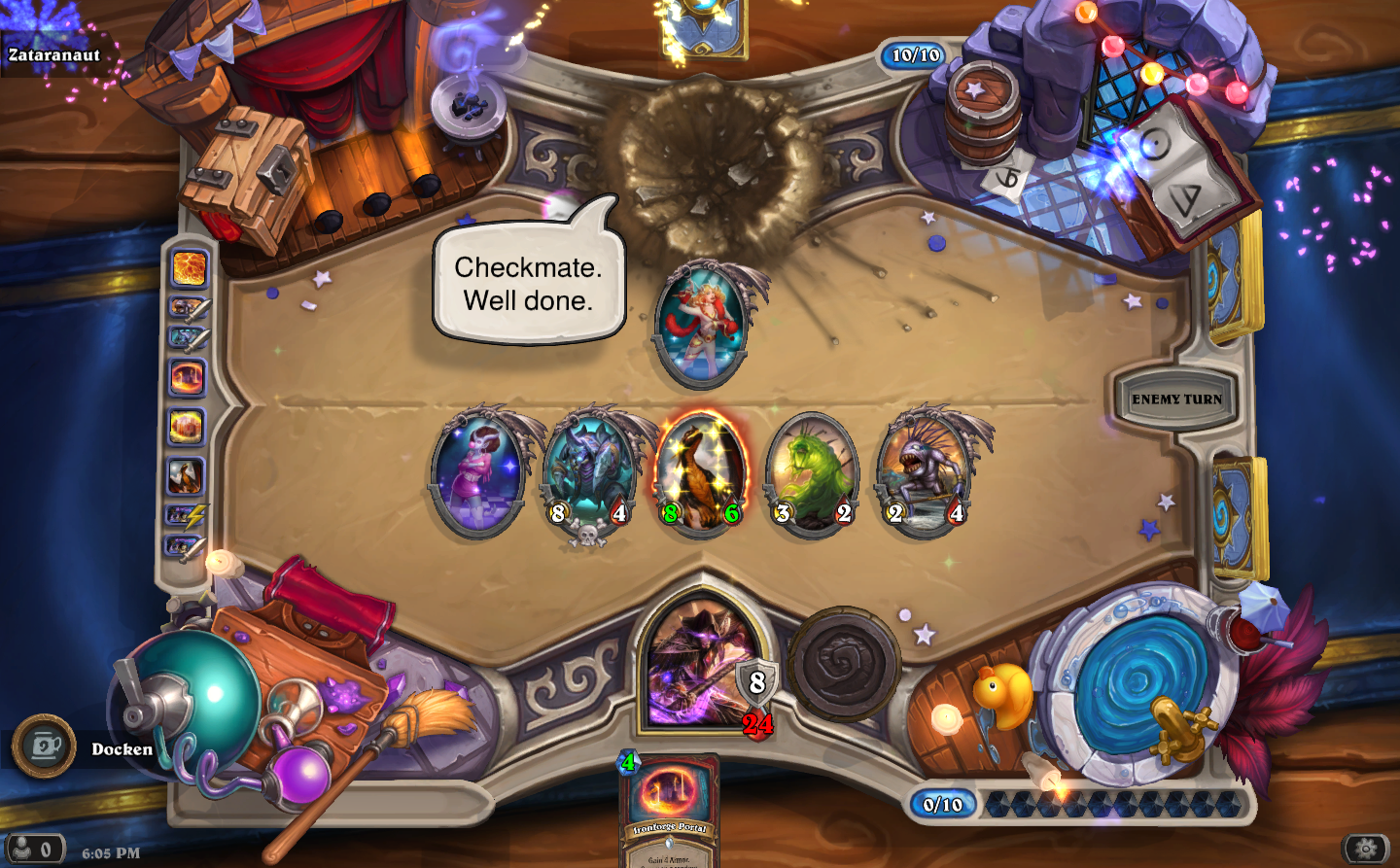 And the pack was a little better than the spectator pack. Loot Horder and SI:7 agent are nice additions to the free to play collection. 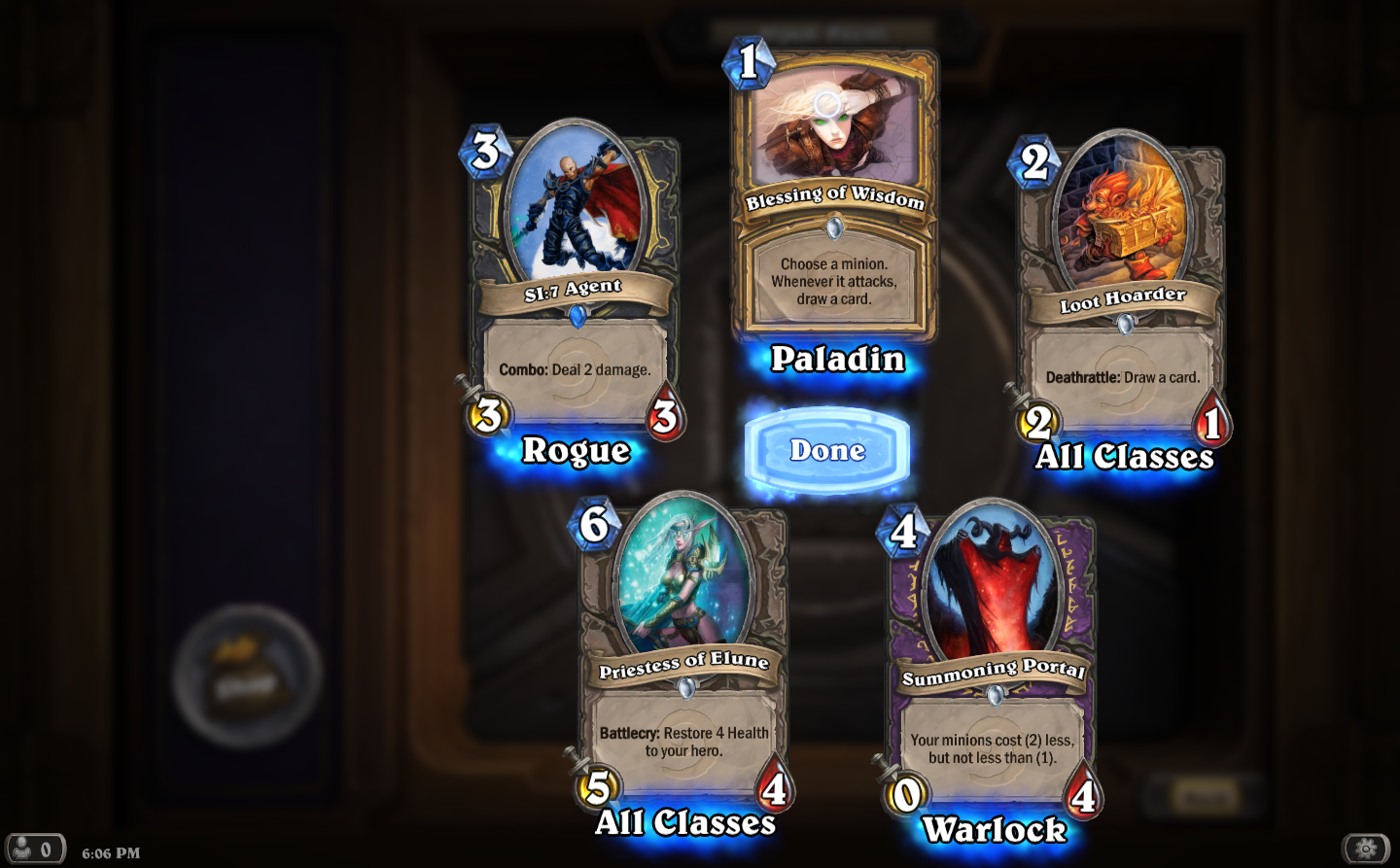 And finally, I had a small memory lapse and bought a pack instead of saving up for the last wing of Karazan. At least I was rewarded with a two rare pack (one golden, which means a free rare!). Ancient Shieldbearer gets me closer to a C'Thun warrior list if I choose to go that route. 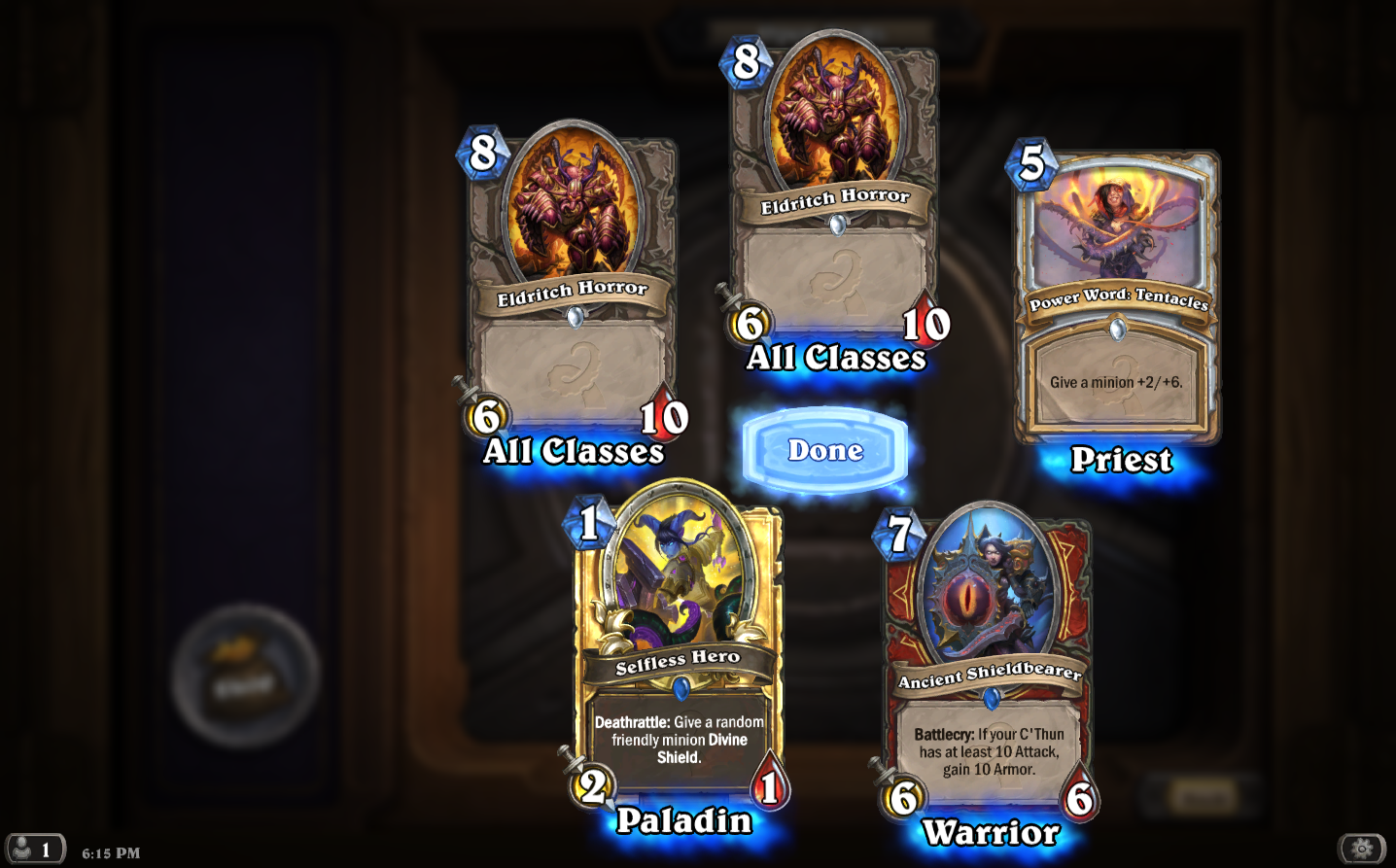