Day 2 of the F2P challenge was fairly uneventful. I did a few arenas (with warrior and rogue, respectively), finished off the Innkeeper, and played a bunch of ranked matches to grind out level 20.

Warrior in the Arena

The first arena of the day was with pretty good control warrior. The curve was pretty good and there were a bunch of bombs at the high end of the curve (2x Bog Creeper, 1x Sunwalker, and 1x Obsidian Destroyer... all good).

This deck started out 5-0 and finished 6-3, with a bunch of losses to mages. Virtually every game was a blowout one way or another. The losses seemed to be to a ridiculous amount of epics and legendaries, but that's how arena goes sometimes.

After a fairly lengthy internal debate, I chose rogue over warrior for the second arena. The rogue's win rate is too good to pass up. For what it's worth, this is supposedly the list for best classes in arena (best to worst):

The big thing I learned from this arena is that Fel Reaver is really good, but it's not a good 5 drop. I did much better when I waited a few extra turns and then dealing with their bigger threats with the Fel Reaver than playing it as early as possible and having them try to deal with it; with a bunch of extra spells, they don't need to answer the Fel Reaver itself until you're exhausted.

First match was a loss, then I hit a 3 game winning streak and got another win from a disconnect/crash/server issues (something like that), then proceeded to lose the next two games to end up 4*-3. The following image pretty much somes up how this arena ended up... 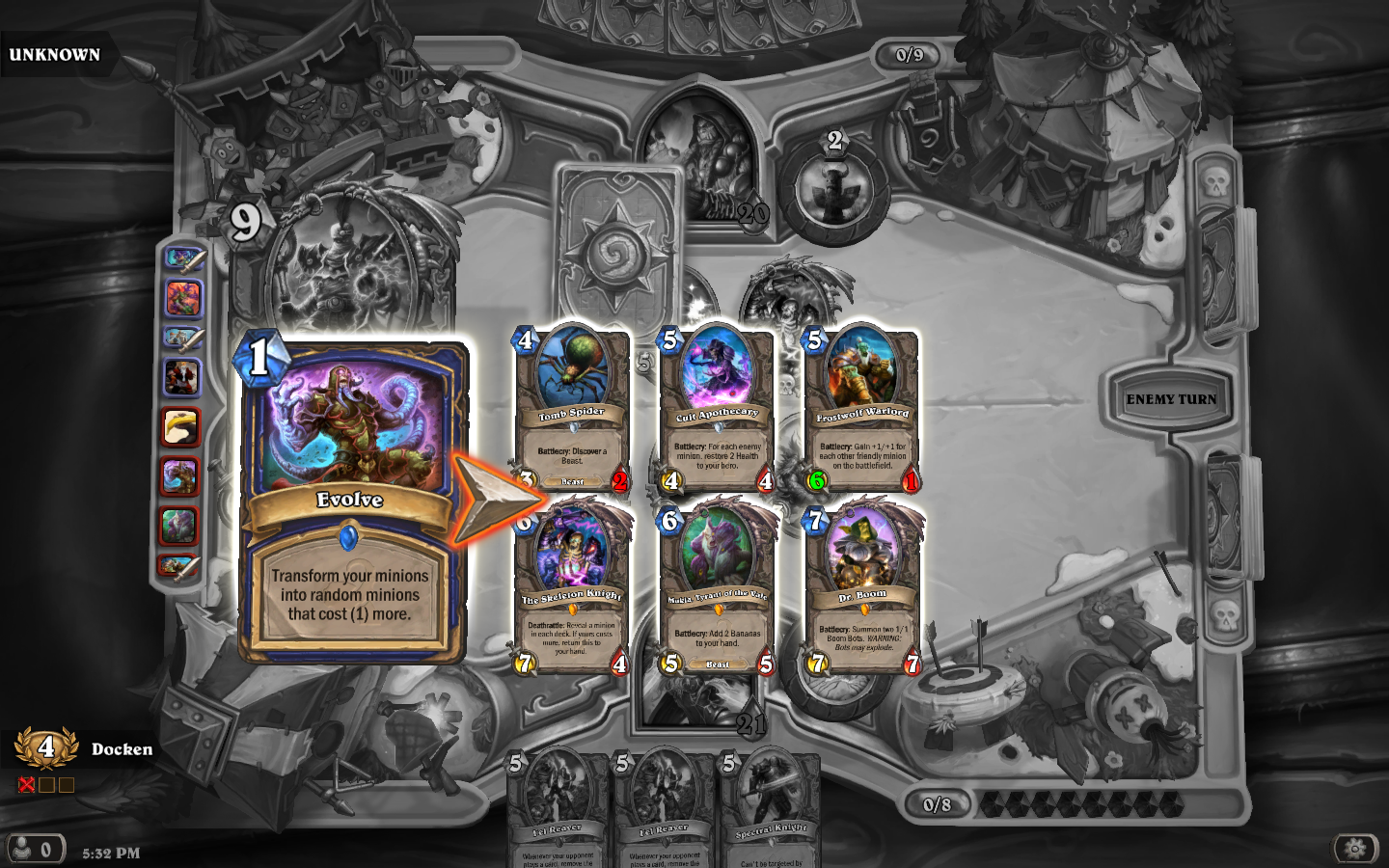 Not only was my opponent's Evolve absolutely insane, he followed it up with an Arch-thief Rafaam. Needless to say, I was the following turn.

No longer a chicken

After the two arenas, I finished off the Innkeeper's expert AI to get a little more gold and to level up the mage (ended up at level 13). From there, I hopped into some ranked with the deck that I listed yesterday. I had a fantastic run, I didn't drop a game all night, and got 3 stars into rank 19 before calling it quits for the night.

My last game was a little strange though. I was dead on the board, but my opponent didn't see it. I ended up top decking a Fireball to win the following turn. 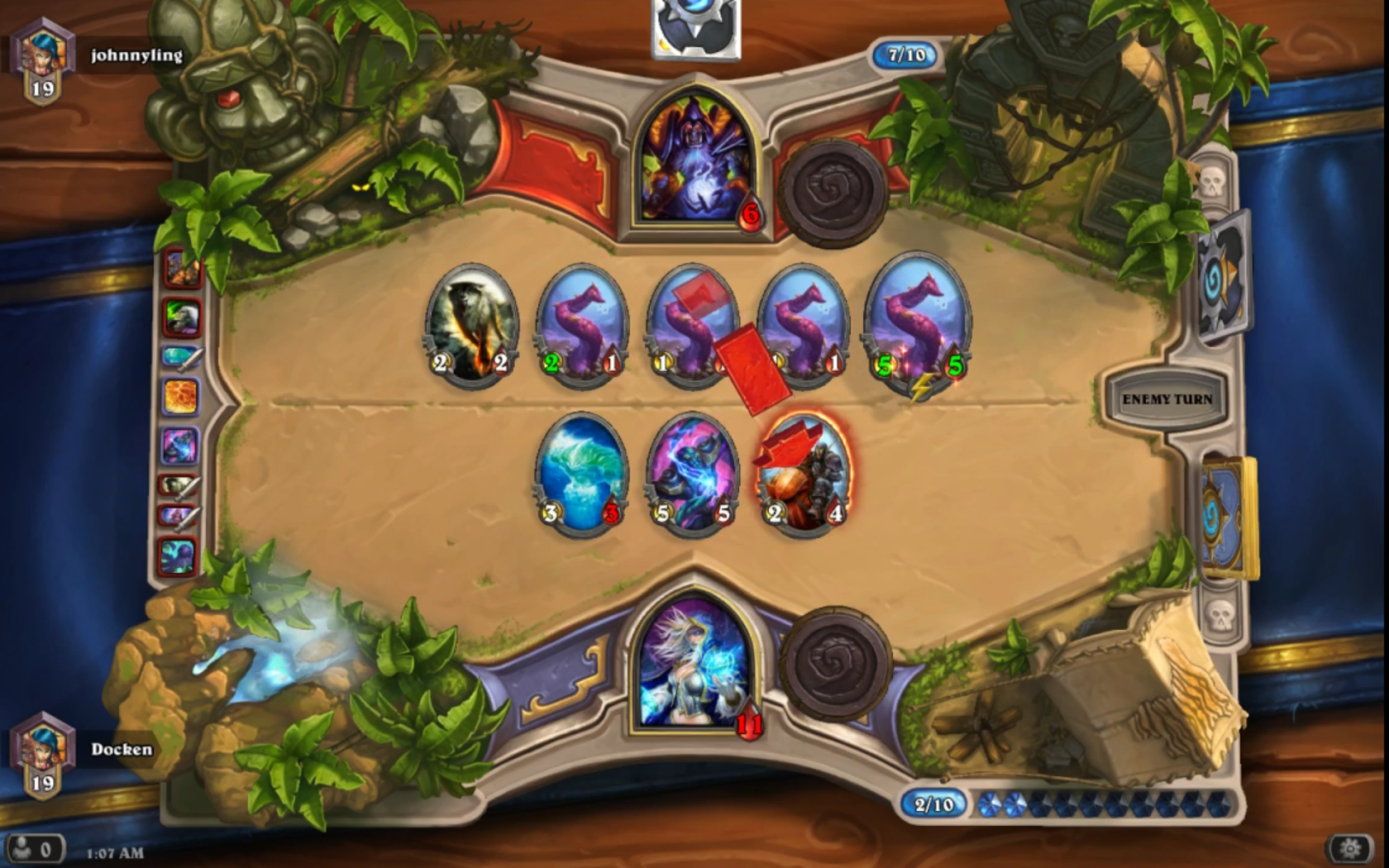 For the next day

I'm one win away from level 17, so the plan tomorrow is to finish the climb to level 20 on the mage and get a win in the tavern brawl.