Sorry guys, I'm running a little behind on the free to play challenge updates. The next few posts are going to be extremely short. It's just record keeping until I get caught up.

I managed to finish day 12 without destroying 40 minions, so I'm still working on that. In addition to that, I get to play some mage/shaman and rogue/warrior.

I used the same lists as I used last month to smash out a few wins with rogue and mage. 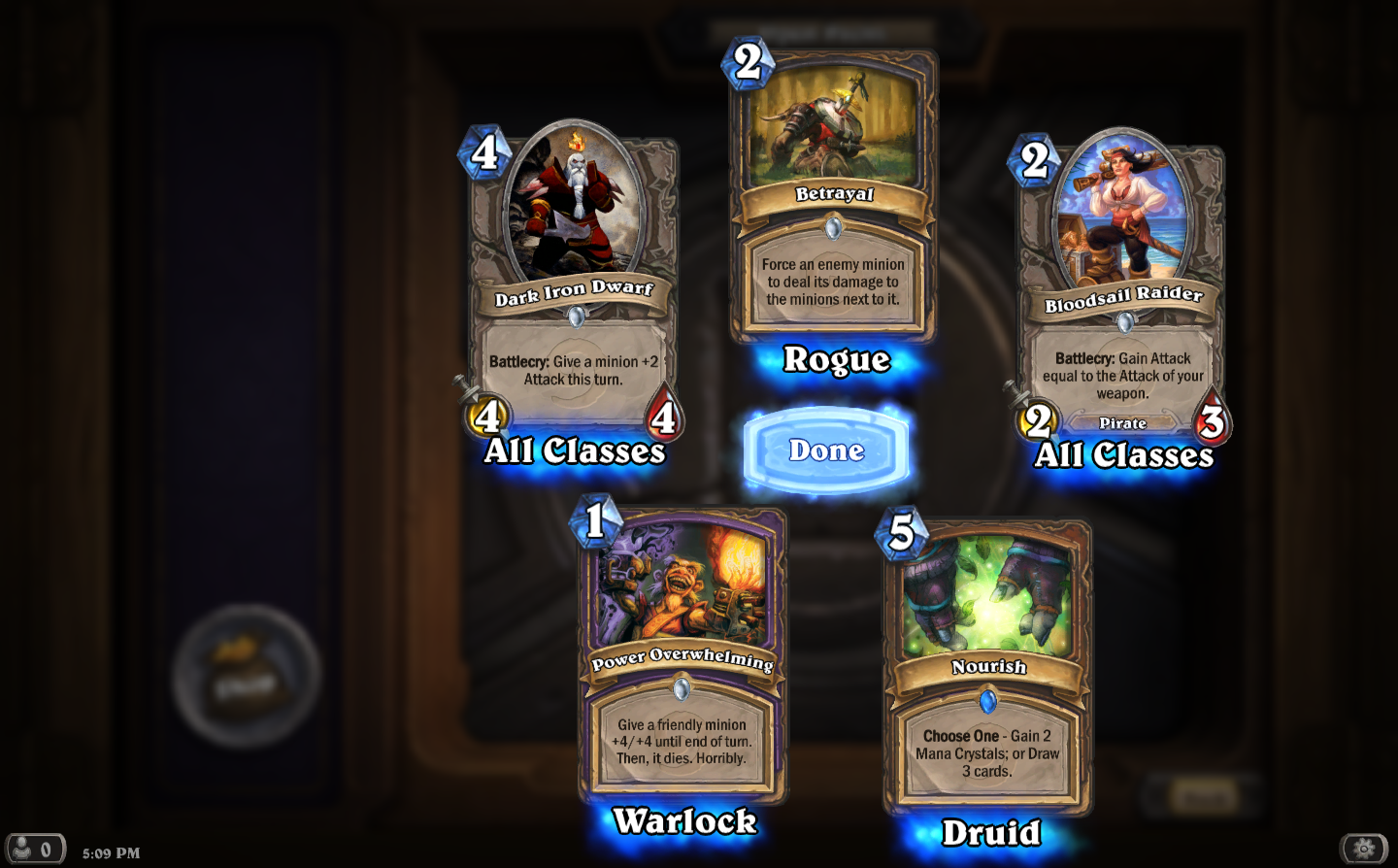 Overall, the pack reward was pretty garbage. I got a Nourish, which isn't going to do much for me.