Day 11 consisted of absusing this week's brawl to finish off my daily quests.

I normally wouldn't complete the tavern brawls, but this week was an exception (see below).

This week's tavern brawl is Storming Stormwind and it essentially offers free wins as long as you do not concede. Since one of my quests involved winning games with priest or warlock, I made a quick zoo deck to finish off the quest. 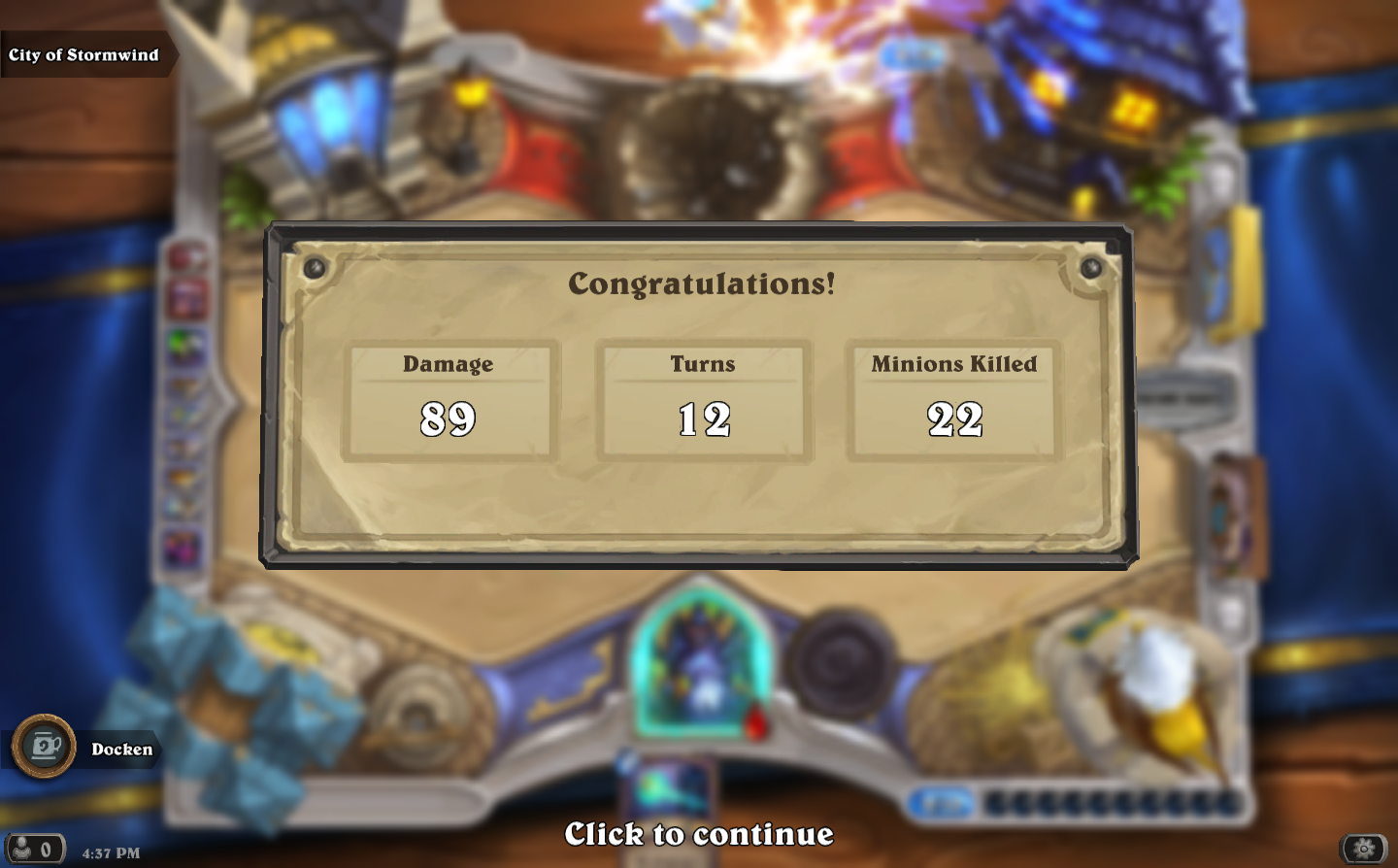 The pack wasn't anything special. It gave me a Lava Burst for my shaman deck, so it wasn't terrible, but it would be nice to see some more interesting cards instead. 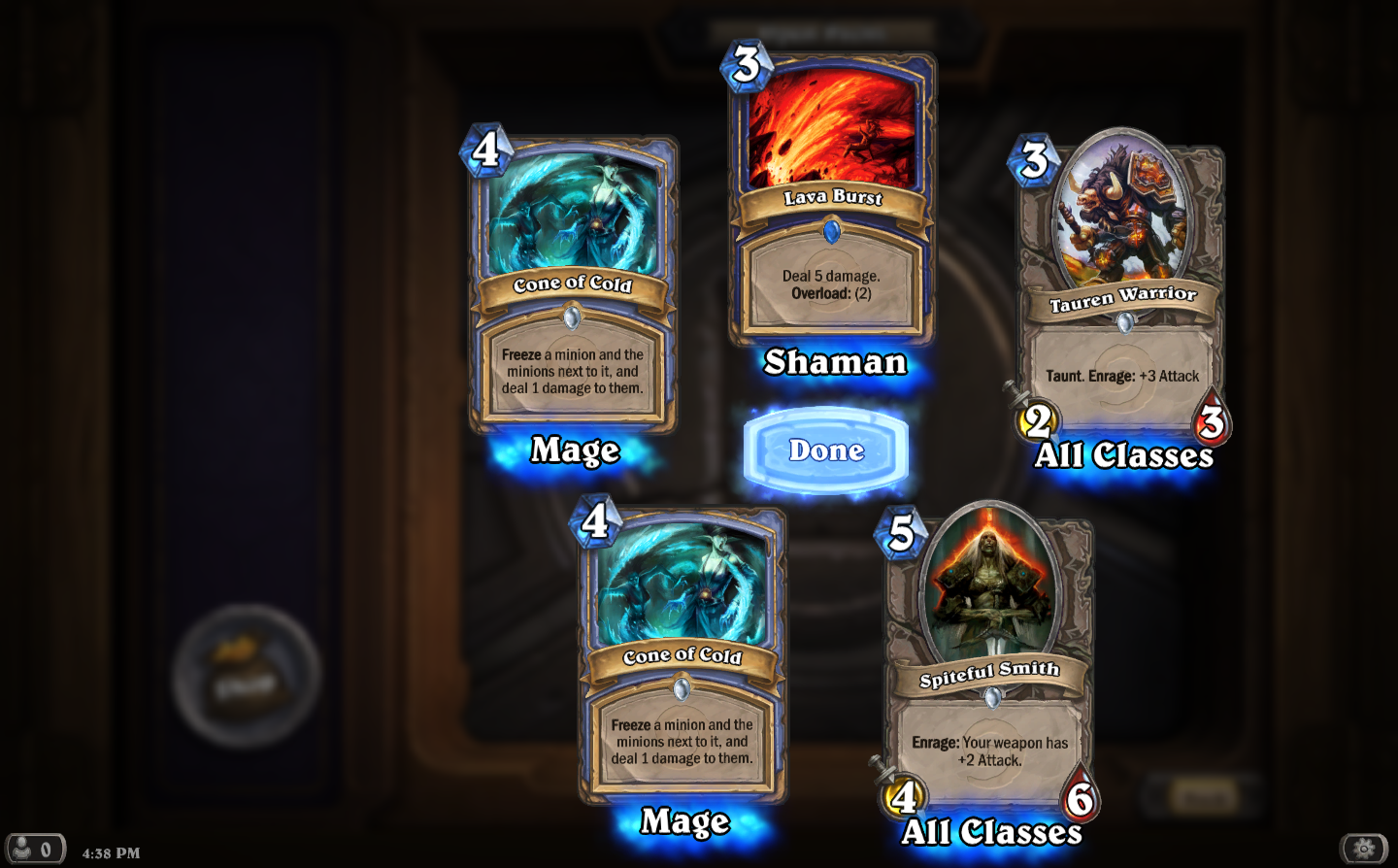 In order to complete the 7 wins in any game mode, I hopped into standard ladder matches for the final two wins. I played my C'Thun/Tempo Mage and went 2-1 against druid (win), priest (loss), and shaman (win).

Those wins got me to rank 20 and I only need another win or two to get my card back for the month (that's the first goal). Next up will be rank 15, then rank 10, and so on.

I should spend some gold in the upcoming days since I'm around 700 gold but I'll probably hold off a bit and make a push for the release of One Night in Karazhan. However, I want to get a few C'Thun cards and I'm trying to resist crafting them so buying a few packs is pretty tempting.