This is a recap of day 1 of the Hearthstone F2P challenge. I used OBS to record the day (it also included one game of League of Legends in there), but the quality is fairly low so there might not be a video for this day. At least the video helped me with some of the information coming up.

The recruit-a-friend program gives every new account a free pack. This happened to be mine: 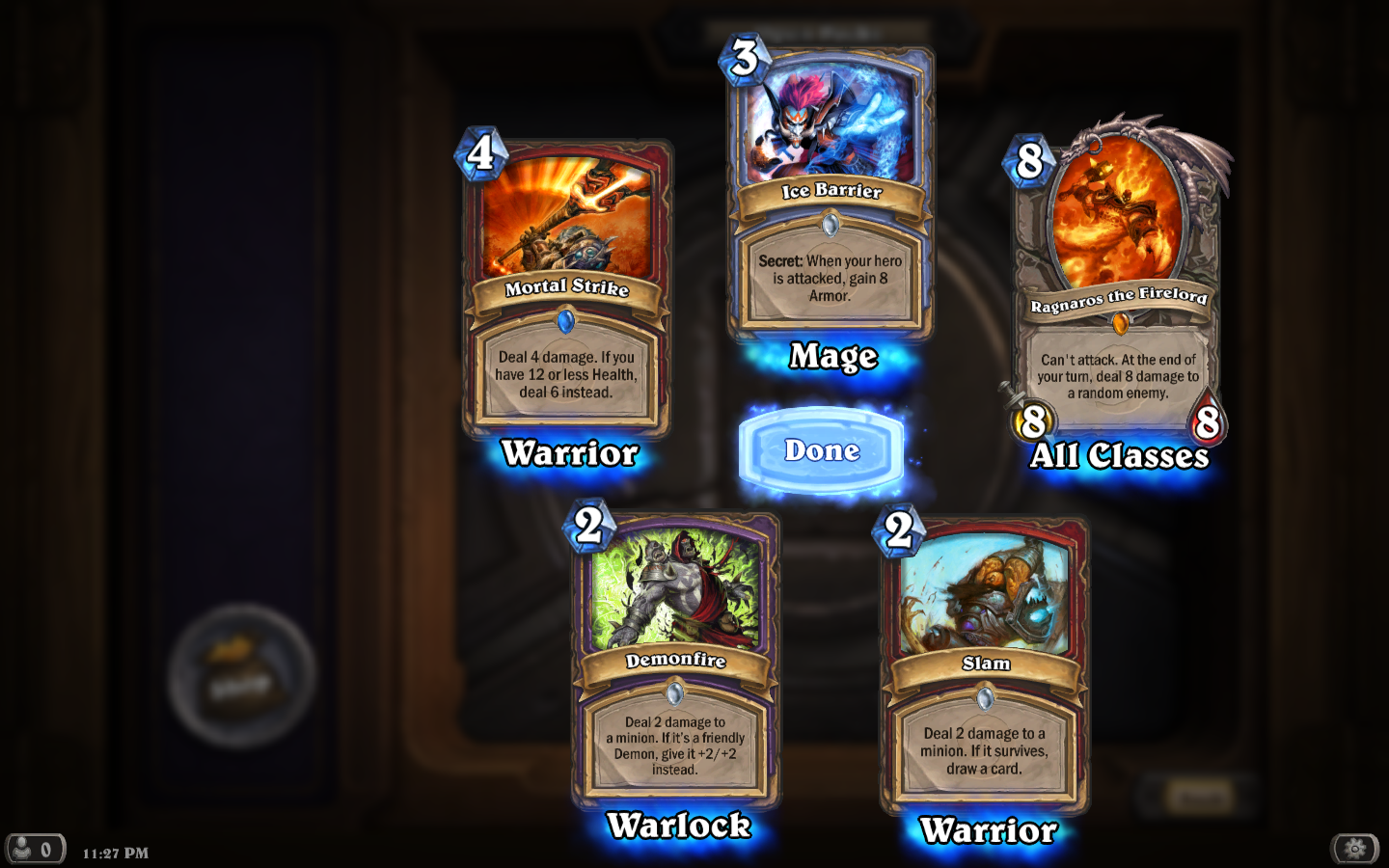 I almost want to start over on this challenge already. Getting any legendary card this early in the challenge seems unfair, let alone getting one of the best legendaries in the game (Sylvannas would have been a bit better).

My first arena run was with paladin (I got lucky again, what can I say).

Nothing too special about this deck. I ended up going 6-3 (with one of the losses being a disconnect). I didn't get anything special from the pack, but I managed to get a Blizzard as my free rare from the arena.

I'm a tempo mage player at heart and even though my original plan was to build an inexpensive deck like aggro shaman or zoolock, Ragnaros changes that idea. At some point during the tutorial, you get 100 coins to buy a pack; instead of buying a classic pack like it suggests, I decided to go with Old Gods instead so I could get a C'Thun. 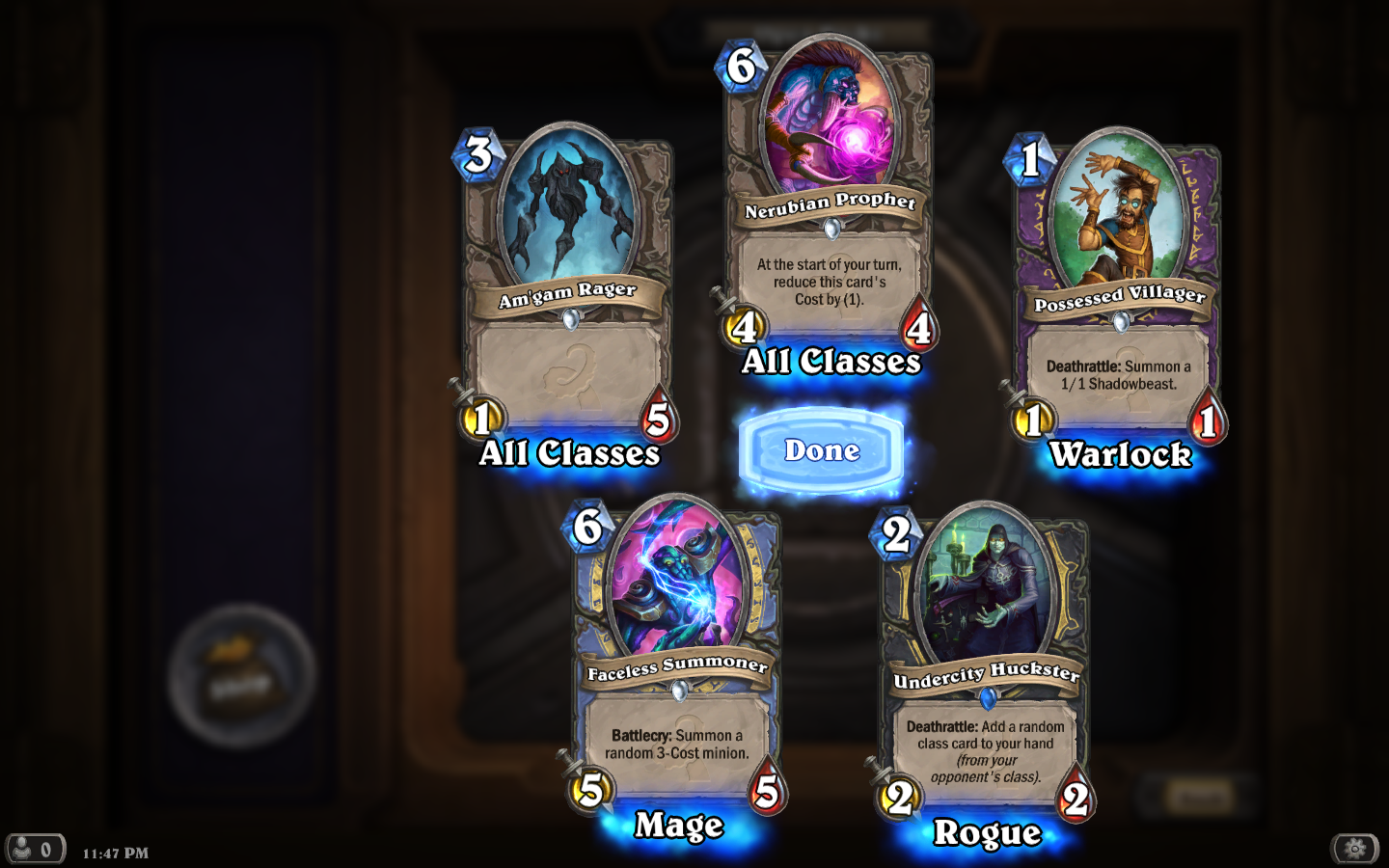 This plan allowed me to start building a C'Thun/tempo mage hybrid. Faceless Summoner is a nice little bonus.

This list lacks other standard mage cards (notably Flamewaker and Mana Wyrm), but I'll start crafting those cards as I get more dust.

Day 2 will involve completing tomorrow's daily quest, an arena run or two, and grinding to level 20 with some class (probably mage, but could be paladin or some other arena class) so I can do a tavern brawl. This week's tavern brawl is Servant of Yogg-Saron Tryouts! and that doesn't require constructing a deck (thank God), so it should be pretty easy to get myself another pack.