August played out pretty much the same way as July did. I didn't play nearly enough standard as I should have in order to climb the ladder and I only hit rank 16 again. 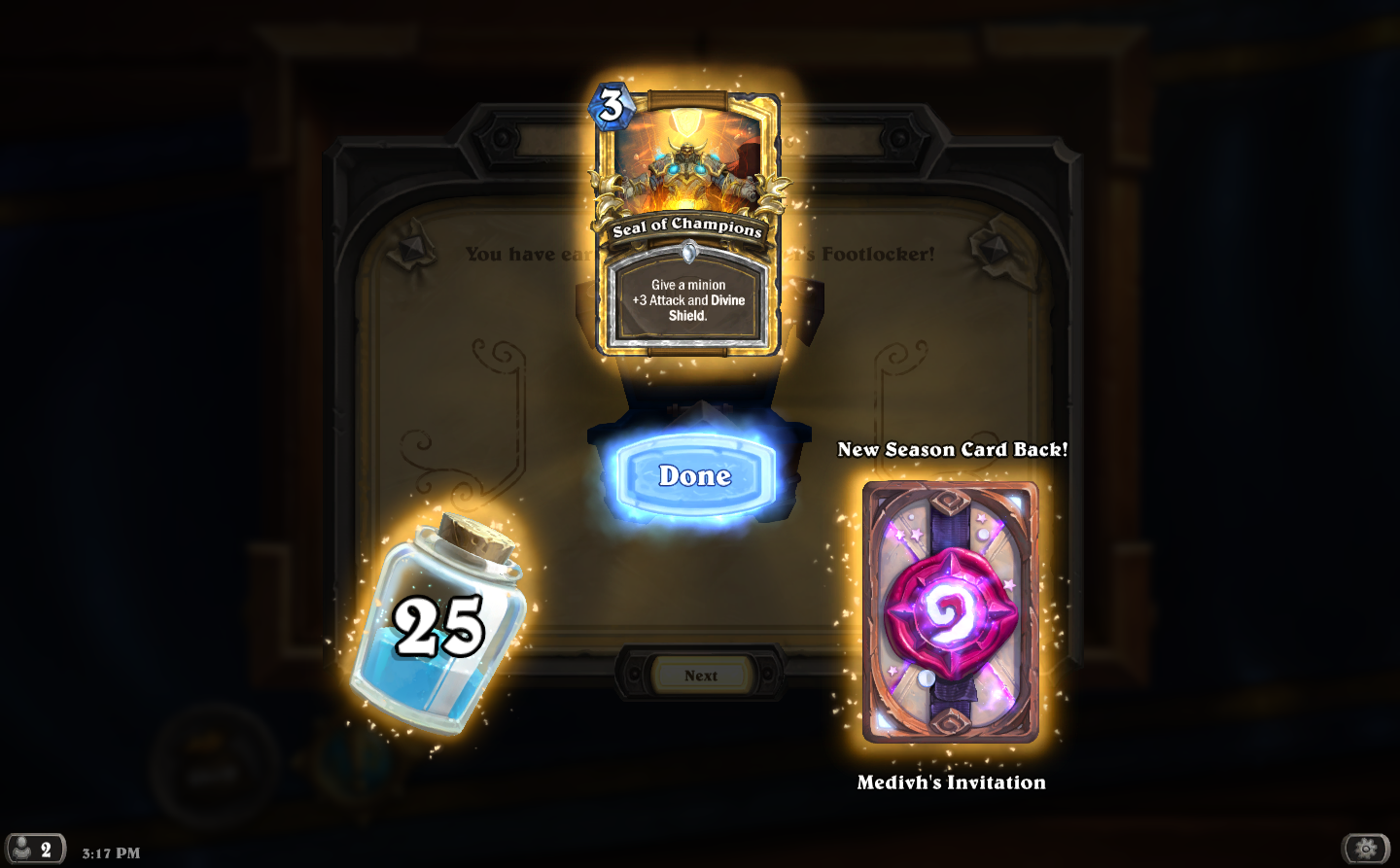 I smashed Seal of Champions for C'Thun's Chosen.

I finished up 3 of the 4 wings of the Karazan adventure and updated the lists. I'll more than likely focus on the League of Explorers adventure once I finish up Karazan since I think that's still good for next season (but I'll have to double check).

These are the decks that I most commonly used (as of the first day of Septemeber). I'm thinking about shifting towards a midrange hunter deck to push the ladder, but we'll see as I aquire more cards.